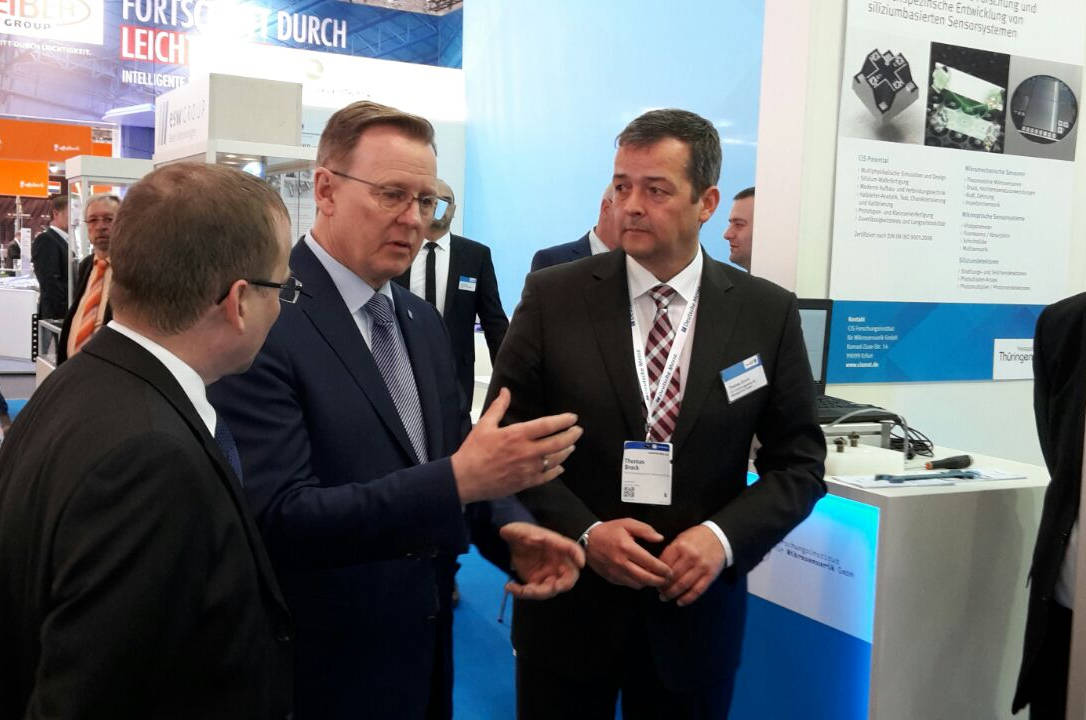 For the first time, CiS presented a new sensor for testing special bolt in safety-relevant applications at the joint stand of LEG Thüringen at the Hannover Messe 2017. Described as “Bolt 4.0”, the model impressed the trade visitors.

A sensor applied to the bolt head records the bolt pretensioning force or alternatively, e.g. for the safety-related monitoring of bolt connections, without contact via an additionally integrated RFID transponder.

Prime Minister Bodo Ramelow was able to see the enormous potential of this development for himself at the Thuringia Day at the Hannover Messe.