Silicon-based microsensors and their applications – double pack at HMI 2019

You are here: Home1 »  News2 »  Silicon-based microsensors and their applications – double pack at... 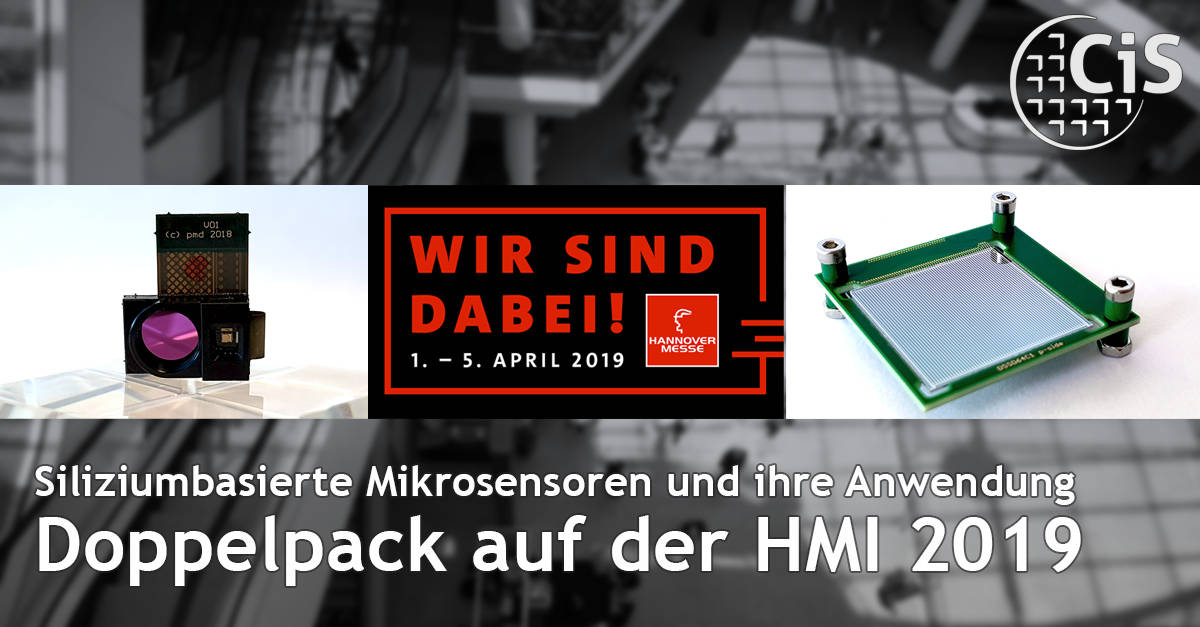 At the HMI Hannover Messe Industry 2019, the CiS Research Institute will present current development results of the business fields MEMS, MOEMS and silicon detectors. The development of silicon-based microsensor elements for applications in industry, medicine and the environment has been a core competence of the institute for many years.

Thus the institute supports practical and innovative projects within the student education at academic institutions. As part of the IMUFUSION experiment, students at the Nordhausen University of Applied Sciences have developed a highly reliable electronic module that is housed in the nacelle of a weather balloon and records climate and navigation data. During the ascent to a height of 27.5 km and the final descent, various measurement data were continuously recorded. On board were barometric pressure sensors from the CiS Research Institute, which withstood the extreme environmental conditions. These included outside temperatures down to -80 °C and very low air pressures. The CiS Forschungsinstitut had developed a special chip design and produced prototypes for these special measuring ranges.

As a result of a cooperation with pmdtechnologies ag, the CiS Research Institute presents a time-of-flight camera module that was specially developed for mobile applications. The included 3D image sensor of the module in combination with a USB 3.0 dongle is a functional platform that facilitates the development of specific depth detection systems and reduces innovation cycles. Form factor and power consumption allow integration into smartphones, tablets, IoT devices, robots and AR / VR headsets. The CiS Research Institute contributed its core competencies in assembly and connection technology, which cover the entire spectrum from customer-specific individual assembly to small series production with standard assembly technologies and innovative special solutions.

Since 2010, the AMS02 alpha-magnetic spectrometer on the International Space Station (ISS) has been used to study cosmic rays. For the silicon tracker in the core of the AMS02, the CiS Research Institute developed highly specialized large-area double-sided stripe detectors and supplied about 250 units. In order to identify the particles, their different deflection in the magnetic field is determined by reconstructing the flight path. In order to determine this trace, the exact locations of the passage of the particles through the silicon chips, which were stacked in several layers on top of each other, are detected.

These and other development results will be presented by the CiS Research Institute at the Thüringen joint stand in Hall 4, Stand F34 as well as at the stand of the Forschungs- und Technologieverbund Thüringen e.V. (FTVT) in hall 2, booth A27.