You are here: Home1 »  News2 »  AmmoniaSense – Development of an in-line measuring system using an... 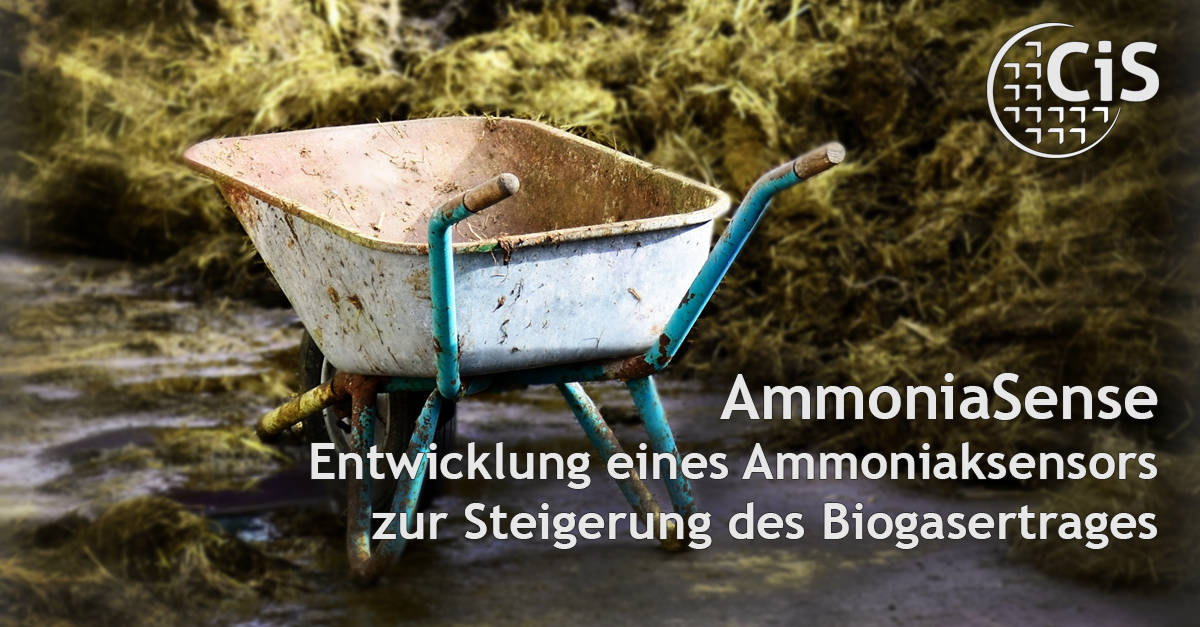 Ammonia is produced in the biogas plant during the degradation processes of proteins and urea in the liquid manure and dung of farm animals. The biogas is used in a combined heat and power plant or is fed directly into the gas network. In Germany, 95 % of ammonia therefore comes from agriculture and about 20 % of it from biogas production. As a cell poison, it impairs the metabolism of biogas-forming microorganisms and thus interferes with the production of biogas. Ammonia is very aggressive and can damage or destroy the engine of a combined heat and power plant or biogas engine. Farm manure such as chicken droppings are particularly rich in protein and increase the ammonia content in biogas fermenters, in extreme cases even to the extent that the fermentation process has to be interrupted and the plant cleaned.

Within the just started ZIM project AmmoniaSense, the CiS Research Institute develops and manufactures an ammonia sensor system for the stationary inline measurement of the ammonia content with a measuring range of 0.1 and 500 ppm. A temperature management system in conjunction with a gas separator reproduces the ambient conditions prevailing in the fermenter for the sensor.

In combination with a hydrogen sulphide measurement, optimal monitoring of the harmful gases in a biogas fermenter is ensured. The sensor system will be tested in existing and new biogas plants.

The findings of the joint project will contribute to the development of an automated biogas plant control system. With the proactive addition of additives to reduce the ammonia content, residues such as chicken droppings can be utilised to the maximum without causing ammonia poisoning of the fermenter.

The research and development work in the project Development of an ammonia sensor system for use in stationary inline measurement of the ammonia content and a possibility for signal amplification as well as a temperature management system with associated gas separator for optimal measurement conditions (AmmoniaSense) was funded by the Federal Ministry for Economic Affairs and Energy.
Funding code: KK5085701CS0

Save the date – 9th Beam Telescopes and Test Beams Workshop