You are here: Home1 »  News2 »  CiS Research Institute participates in the 34th Erfurt Triathlon with a... 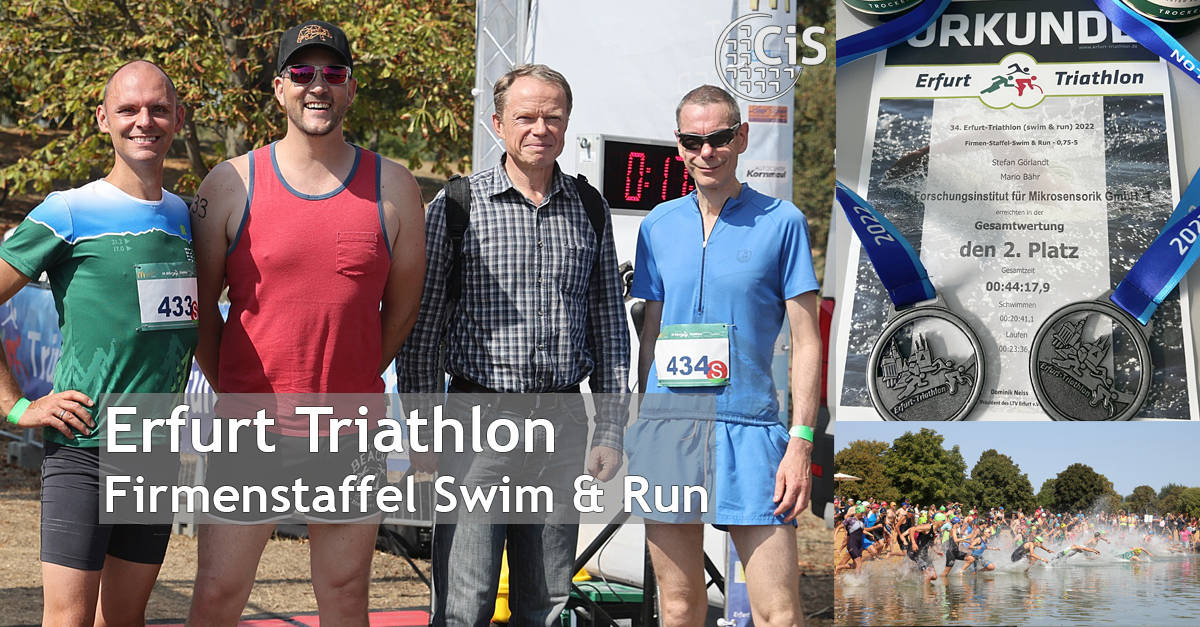 The 34th Erfurt Triathlon took place on Sunday, in beautiful sunny weather, exceptionally as a swim & run competition for all age groups with routes for amateur and competitive triathletes due to traffic conditions. Despite this restriction, numerous participants came to the beautiful lido Stotternheim at the gates of Erfurt and did not miss the opportunity to take part in this sporting event.

At pleasant water temperatures of 22 degrees, a total of almost 300 competitors from young to old plunged into the water and mastered the different swimming distances. This was followed by the run, which was completed on a turning point course on the edge of the Stotternheim lido.

The CiS Research Institute entered the company Swim & Run with two teams (Thomas Hein / Alexander Lawerenz as well as Stefan Görlandt / Mario Bähr). Both teams showed a fighting performance and could finish. In the final ranking the CiS team around Görlandt / Bähr reached a podium place and finished second in the company ranking. We congratulate both teams for the great sportive performance.

Congress contribution on passivation options for MEMS sensors at the ACHEMA...