You are here: Home1 »  News2 »  Bio-instrument for 16-channel impedance spectroscopy of biological cell... 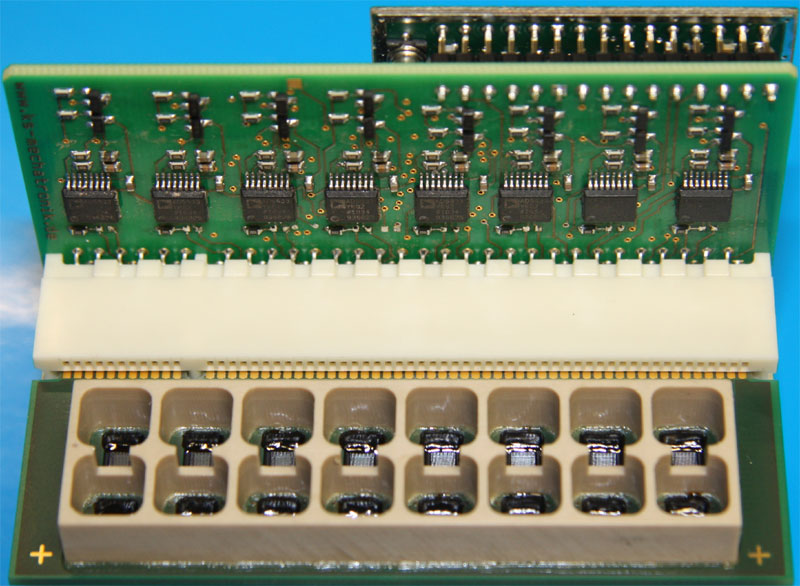 The behavior of certain biological cell cultures in response to various environmental influences and substances can be used to infer their effect in other applications. An important task here is the determination of the biocompatibility of materials and active substances to determine the tissue compatibility of products that are in direct contact with the body surface. The biological assessment is carried out using DIN EN ISO 10993-5, a standard that applies to all medical devices.

Histological methods are primarily used for a quantitative determination of the number of living cells in a nutrient medium. In these methods, the cell populations are treated with specific cytochemical dyes. Well-known is the MTT test, a so-called cytotoxicity test for the detection of cell vitality.

Cells are treated in vitro with the eponymous dye, a yellow tetrazolium salt, to measure their viability or the percentage of living cells compared to a control sample of cells. However, biocompatibility can only be assessed after a series of experiments has been completed. Color differences facilitate better differentiation of live and dead cells in subsequent counts.

CiS has developed a method that allows biocompatibility to be evaluated while the experiment is still in progress. The measuring device contains a sensor with evaluation electronics and records the data by means of impedance spectroscopy. The electrical resistance is proportional to the number of cells on the surface of the culture medium. Electrical measurement offers many advantages over optical methods:

The evaluation of the bio-instrument was performed on the connective tissue cells L929. Different concentrations of a biocompatible extract are added to the culture medium and cell viability or potential cell toxic effect is determined compared to a control colony.
The extract is from the medium being tested for biocompatibility. E.g. clothes: her the extract from in soluble substances (soluble in sweat) or in toys (saliva).
But also dilution series of pure chemical substances.

.
The basis for this is the galvanic coupling between cells and the sensor, which is created by adhesion. Vital cells behave like an insulator in the nutrient medium, connecting to the cell carrier by adhesion. At the onset of cell death, the cell membrane breaks down and consequently the adhesion contacts disintegrate. The cell no longer acts as an insulator. The measured impedance changes, caused by galvanic coupling between cells and the sensor.
Electrical impedance spectroscopy allows conclusions to be drawn about the growth or death of the cell samples and the compatibility of the active ingredient added to the nutrient liquid.
For the coupling of the biological cells to the sensor surface, 2 variants exist:

The basis of the electronics is the AD5933 from Analog Device. This allows impedance spectroscopy from 1 kHz to 100 kHz. The evaluation is PC-based, the data can be transmitted either wirelessly or via cable. The graphical user interface of the evaluation kit is based on Labview.

Art and Sensors – Via Emotions to the Product

Optoelectronic and micromechanical sensors for medical technology and bioan...
Scroll to top