What comes after the Higgs boson? – The FAIR experiment as a new challenge for CiS 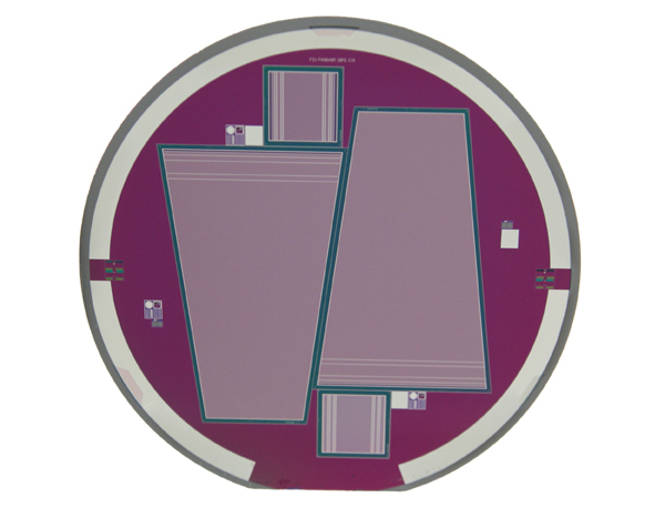 The award of the Nobel Prize in Physics to Francois Englert (Brussels) and Peter Higgs (Edinburgh) fills scientists from all over the world with pride and joy.

The search for the Higgs boson is one of the most important tasks of the world’s largest particle accelerator, the LHC, which went into operation in 2008. This is because the Higgs boson was considered the last piece of the puzzle in the established Standard Model of particle physics. When the Higgs boson was discovered at CERN, detectors from the CiS Research Institute were also involved. These radiation detectors are robust enough to withstand the extreme radiation loads in the immediate vicinity of the collision point (4-20 cm), i.e. inside the detection instruments.

CiS is developing and manufacturing new detectors for future experiments. Just in time with the news about the Nobel Prize in Physics, an important design release for a new generation of radiation detectors in strip form took place at the CiS Research Institute on 09.10.2013.

In the future, these detectors will be used at the GSI Helmholtzzentrum für Schwerionenforschung GmbH in Darmstadt. Here, a large, worldwide unique acceleration facility for ions is being built, consisting of eight ring accelerators with a circumference of up to 1,100 meters, two linear accelerators and about 3.5 kilometers of beam guiding tubes. FAIR (Facility for Antiproton and Ion Research), as the facility is called, will provide physicists from all over the world with a new variety and dimension of experiments in basic research. The focus will be on questions of the composition of matter, its evolution from the Big Bang to the present day, and what applications arise from this.
What forces act to hold atoms and molecules together, and why do they act as they do? Where do elements come from?

Research with ion beams promises a wide range of applications.
The most publicized result to date is the development of a new tumor therapy using ion beams. This method is already being used in the Heidelberg Center for Ion Beam Therapy (HIT) and will provide new impetus in medical technology.
In particular, the research will make a significant contribution to the entire field of communications technology. Satellites in particular, as an essential component of global communications technology, are exposed to extreme radiation. This can lead to damage in the electronics or to failure of the entire system. The FAIR experiments are used to investigate the influence of cosmic radiation on the entire system, not just individual components in satellites in the entire relevant energy range.

The experiments will also leave their mark on solid-state physics and materials research. Radioactive atoms are increasingly used as probes to study material properties and processes, sometimes under extreme environmental conditions.
FAIR is gaining special importance for energy production, one of the most important tasks worldwide. High-density ion pulses can be used to generate dense plasmas. Researchers expect this to open up new possibilities for realizing the fusion of hydrogen into helium in the laboratory.

Activities to develop the production of such detectors from silicon are of increasing strategic importance for CiS in the coming years and will be further expanded. For this purpose, a competence center for Si detectors is being established at the CiS Research Institute in cooperation with our research partners.