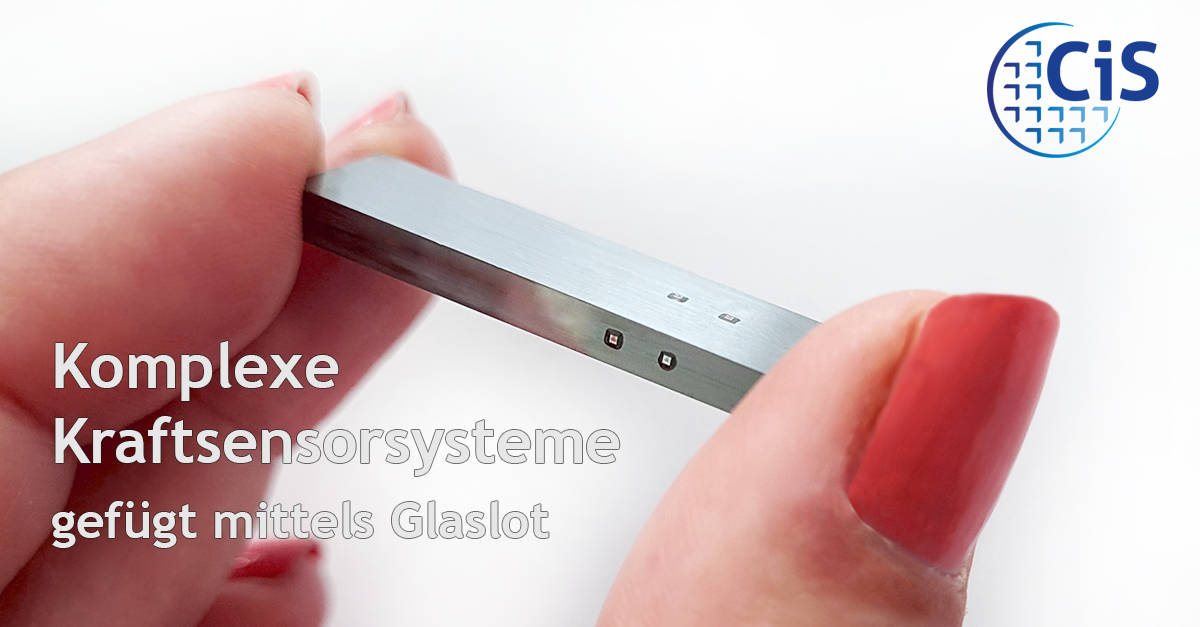 Hybrid force sensors consist of a spring body and corresponding strain gauges, which are connected to form a measuring bridge. For such force sensor systems, the CiS Research Institute uses piezoresistive, miniaturized strain sensors made of silicon (Si-DMS) with already integrated full bridge. Glass solder bonding is the joining technique of choice.

For the construction of complex force transducers, which determine the force in two or three directions, Si strain gauges lying at 90° to each other are to be joined to the spring body. The difficulty of this design lies in mounting the Si strain gages on the horizontal surface without moving or even loosening the Si strain gage already glassed on the vertical surface. Due to the extremely small mass and the comparatively large surface area, the surface tension is sufficient to hold the strain gages correctly on the vertical side even in liquid glass solder.

This enables a miniaturized design of complex force sensors that are used in 3D force transducers or torque sensors. In addition, such sensor systems achieve a higher long-term stability and show a higher resistance under temperature load as well as under the influence of humidity compared to systems joined with polymer-based adhesives.