Microsensors for measuring the biasing force

You are here: Home1 »  News2 »  Microsensors for measuring the biasing force 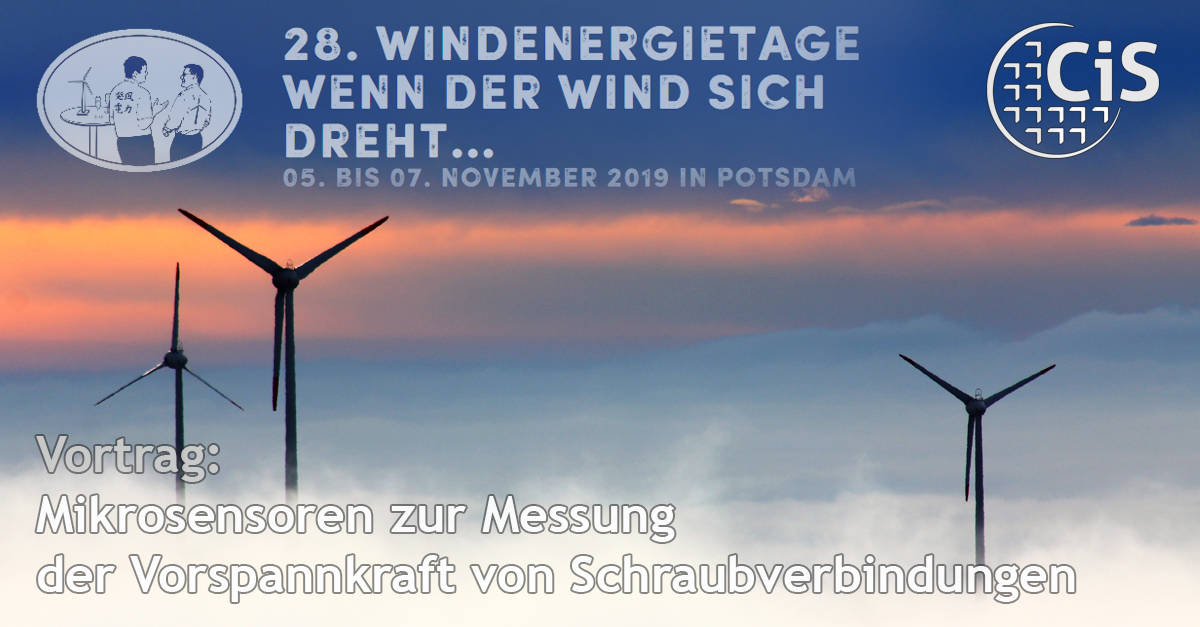 The CiS Research Institute is developing silicon-based MEMS sensors for testing safety-relevant bolt connections. Such special bolts can be used, for example, in mechanical engineering, conveyor technology and wind turbines. More about these sensors in the lecture “Microsensors for measuring the prestressing force of screw connections” during the Windenergietage in Potsdam at the beginning of November.

The new sensor is applied to the bolt head and measures its deformation due to the bolt prestressing force. The bolt biasing force – not to be confused with the torque – acts between the thread and the bolt head on the workpieces to be connected. It causes elastic deformation in all parts of the bolt. This is easily accessible and can be measured at the bolt head. The MEMS sensor developed by the CiS consists of four piezoresistive strain-sensitive measuring resistors which are connected to a Wheatstone measuring bridge. The active area without the electrical connections is only (200×200) µm², with a thickness of 15 µm.

Cu-Pillars as basis for 3D integration

Long Night of Sciences at the CiS Forschungsinstitut – Seeing, Marveling...
Scroll to top