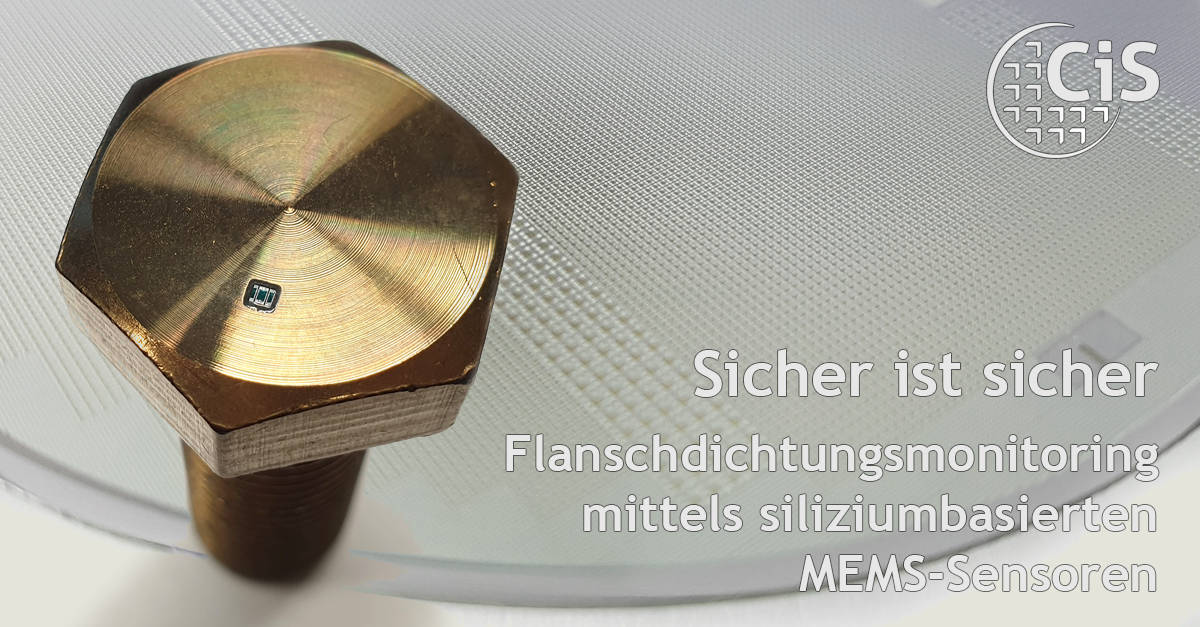 Permanently safe flanged joints are the basic requirements for stable production processes and work at a high safety level. The prevention of leakages is the challenge for pipe connections under all operating conditions. This applies to external influences as well as fluctuating conditions of process gases and/or liquids. Both faulty flanges and faulty assembly, as well as the ageing of the materials used and extraordinary loads can lead to leakage, which can cause enormous economic damage.

The sealing surface pressure between gasket and flange as well as the necessary compression of the sealing material is achieved by the pretensioning force applied by the bolted connections. Settlement processes of the gasket material as well as fluctuating process conditions increasingly require permanent monitoring of the sealing surface pressure by means of monitoring the pretensioning force of the bolted connections.

At the CiS Research Institute, novel silicon-based MEMS sensors are being developed for testing safety-relevant bolted joints. These sensors are applied to the bolt head and measure its deformation due to the bolt pretensioning force. The silicon MEMS sensor developed by the CiS Forschungsinstitut consists of piezoresistive strain-sensitive measuring resistors, which are connected to a Wheatstone measuring bridge.
As a specialist for the qualification of results of basic research in the field of microsystem technology and sensor technology under consideration of industrial producibility, the development work of the CiS Research Institute can lower the risk threshold for industrial applications.