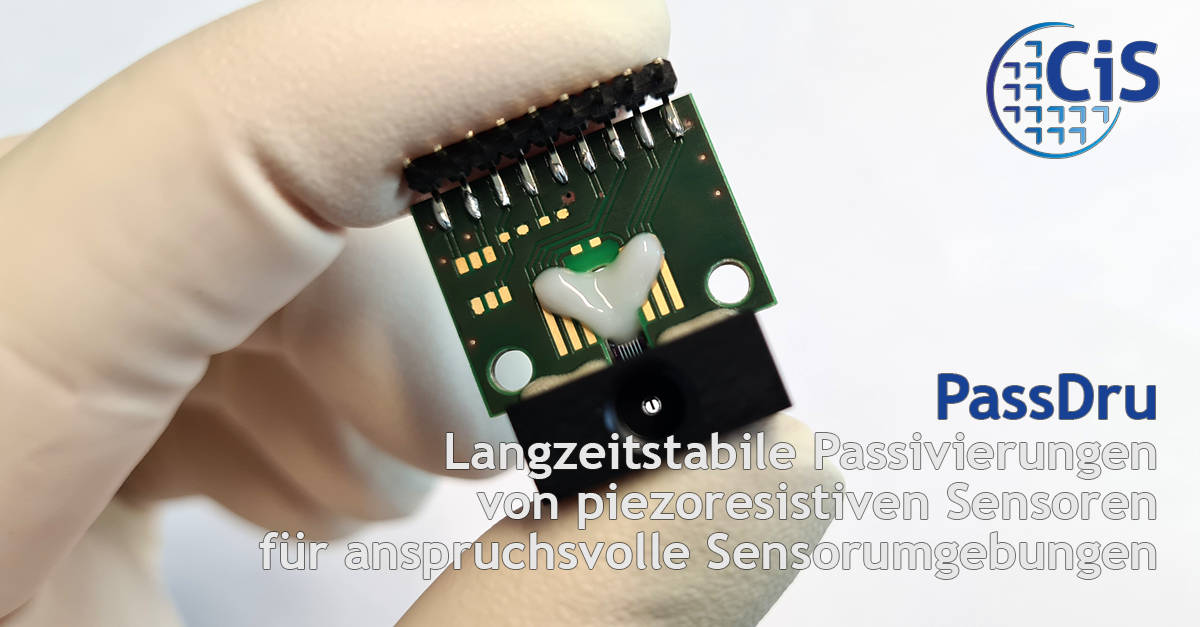 Sensors for mechanical quantities require direct contact with the measurand. This contact is extremely demanding for silicon-based microsensors. To significantly improve media resistance, the sensor chip is shielded from the medium by a membrane. The variable to be measured is transmitted via a coupling medium, e.g. inert highly insulating liquids such as silicone oil.

With the known polymer-based protective layers, the high requirements of miniaturised systems, e.g. in the medical field for pressure measurement in brain and spinal cord fluids, can only be realised to a limited extent.
With the focus on long-term stability of the protective coatings against body fluids or extreme pH-value spreads, various passivation coatings were evaluated, which differ in their chemical composition, areas of application and technology. At the same time, the resistance of silicon, as the basis of various piezoresistive pressure sensors, was increased by doping adjustments.

The effect of the passivation measures was determined by means of demonstrators. Very thin TiO2 and Ta2O5 films are promising materials for long-term resistant applications in body fluids such as blood and pH-neutral electrolytes. In addition, very high boron doping can significantly reduce the erosion of silicon by salts.
Thicker parylene and diamond passivations, on the other hand, turned out to be problematic for application on miniaturised piezoresistive sensors.

The research and development work in the project Long-term stable passivations of piezoresistive sensors for demanding sensor environments (PassDru) was funded by the German Federal Ministry for Economic Affairs and Energy.
Funding code: 49MF170089

Silicon detector for electrons with energies of 1 keV