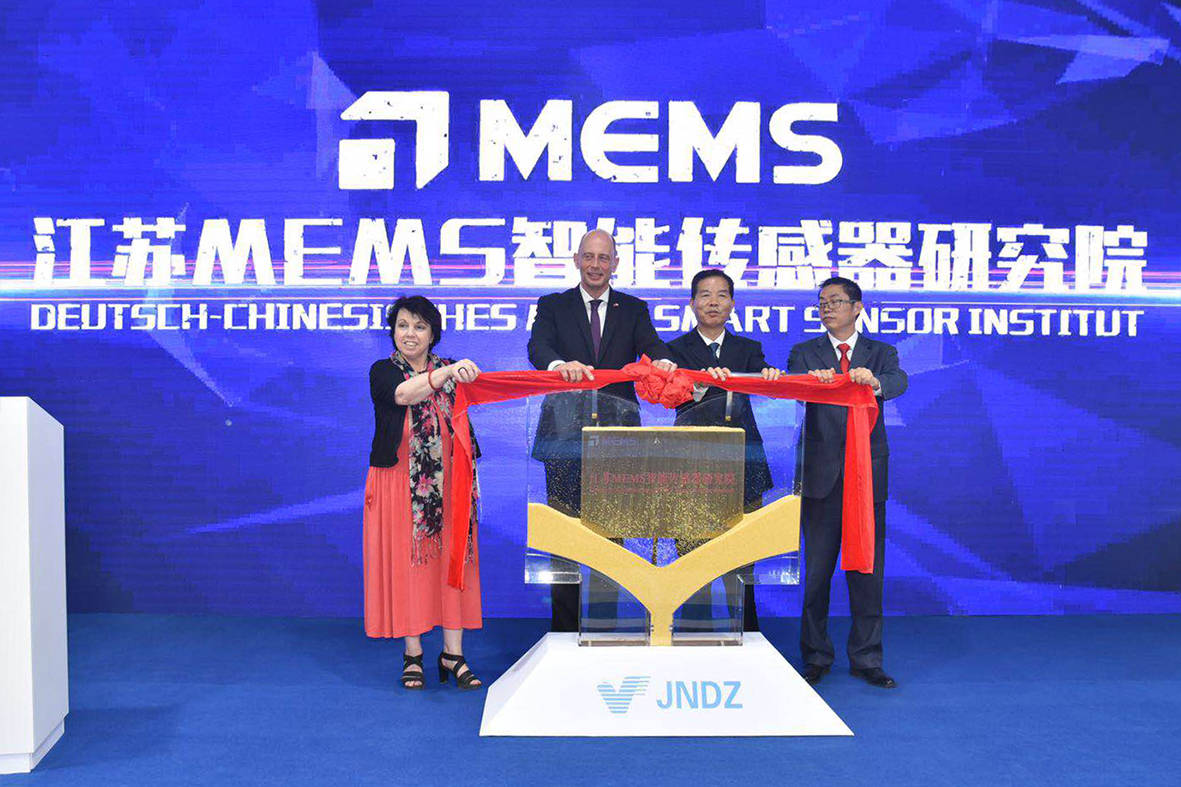 These days, the delegation trip “Exploring the Economy of Tomorrow. Thuringia visits China 2018” under the leadership of Wolfgang Tiefensee, Thuringian Minister for Economy, Science and Digital Society, is taking place. Today – after six months of interior construction – the “German-Chinese MEMS Smart Sensor Institute” in Nanjing could be ceremoniously opened. The establishment of the institute, which took place on November 28th last year, is an initiative of the Chinese “Der Sensor Group” and the CiS Forschungsinstiut für Mikrosensorik GmbH in Erfurt.

Mr. Lorenz Chen, the director of the new institute, opened the event and introduced the future activities of the institute. Sensors form a key technology for the introduction of Industry 4.0, for smart cities of the future and for electromobility. In addition to the further development of existing industrial sensors, future topics such as artificial intelligence and quantum technologies are also of great importance.

The choice of the institute’s location is not coincidental: the Jiangning region north of Shanghai is already one of the most important centers for modern technologies in China. During the ceremonial opening by Minister Wolfgang Tiefensee, Dr. Christine Althauser (German Consul General of Shanghai), Mr. Shigui Li (Party Secretary of the Jiangning District Committee) and Mr. Lorenz Chen (Director of the newly opened Institute), a strategic cooperation agreement was also signed between the Jiangning Development Zone Administrative Commission and the Thuringian Ministry of Economy, Technology and Digital Society.

In his speech, Minister Tiefensee outlined the strength of Thuringia’s industrial and research landscape. The further development of the cooperation between Germany and China and especially between Thuringia and the Jiangning region must take place for the benefit of both sides. The Minister expressed his clear support for the new institute foundation and welcomed the forward-looking initiative of the CiS Research Institute in Erfurt and the support of the Jinangning Development District.

Group photo of the guests present during the ceremonial opening