You are here: Home1 »  News2 »  Novel gravity sensors for high-precision exploration of the Earth’s... 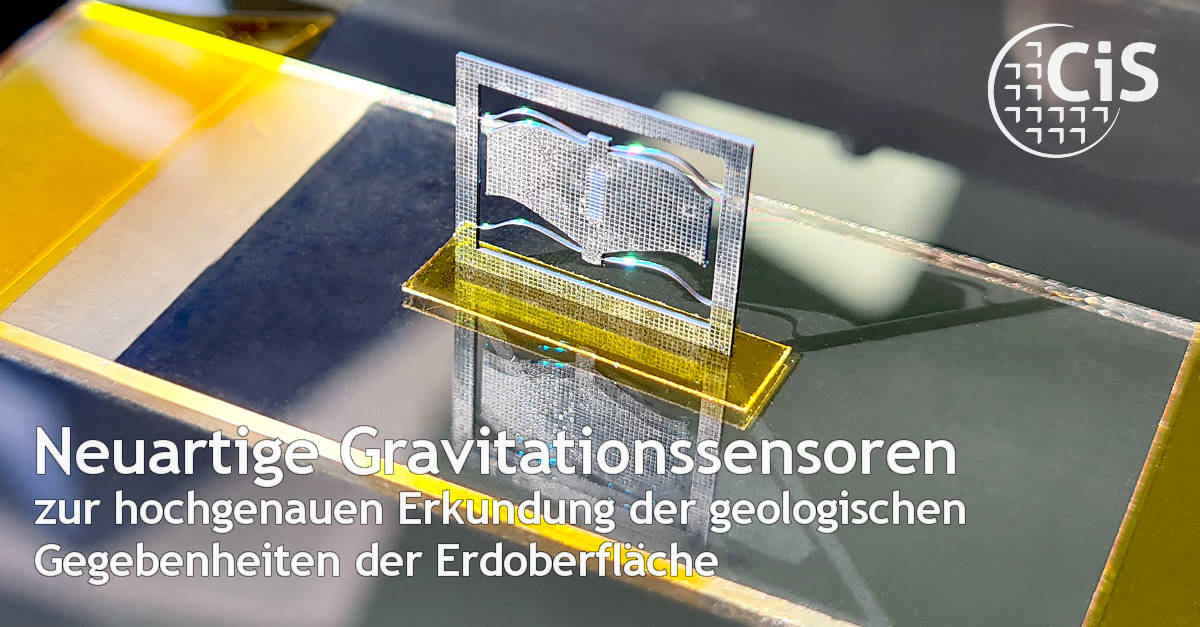 Quantum technology is one of the innovation drivers of the 21st century. Quantum sensor technology is concerned with the development of sensors that are many times more precise than previous sensors, do not require calibration and provide permanently reliable and stable signals.

Especially in the fields of metrology, medical technology and microscopy, quantum sensor technology will replace established technologists and processes in the future. The video shows a vibrating mass made of silicon. It is suspended from springs that are monolithically made of the same single crystal. As part of the M-Gravi project, the CiS Research Institute is developing novel gravity sensors for high-precision exploration of the Earth’s surface geology. The sensors consist of four individual silicon wafers and use a wafer-level stacking technology.

The research and development work described is funded by the German Federal Ministry for Economic Affairs and Energy (BMWi) in the research project “MEMS Gravimeter” (M-Gravi). Funding code: 49VF180006

Starting signal for the CiS cycling team
Scroll to top