You are here: Home1 »  News2 »  Pixel detectors for particle and astrophysics – Development and production... 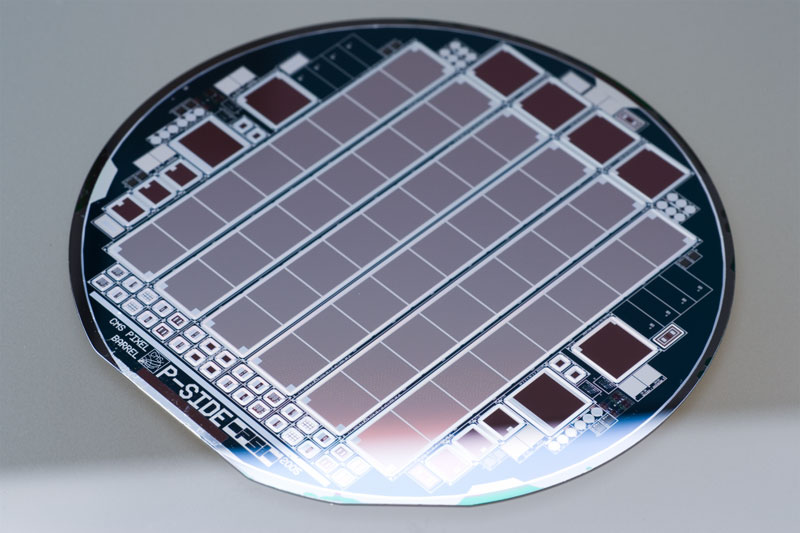 Modern particle and astrophysics fascinates with spectacular discoveries, such as the Higgs boson and the first indications of gravitational waves.
There are a wide variety of research institutions around the world that are investigating the structure of matter and its interactions.
The physical models are tested at the large-scale research facilities by colliding high-energy particles and analysing the resulting reaction products. The distribution in the particle, energy and momentum balance allows conclusions to be drawn about the properties of the presumed new particles.
Since 1996, CiS has developed various technologies and detectors for tracking particles in large-scale experiments, especially ATLAS, CMS and ALICE at CERN, CMB at GSI / FAIR and DESY.

Double-sided structured pixel detectors for the upgrades of the innermost detector layers of the large-scale experiments CMS and ATLAS: